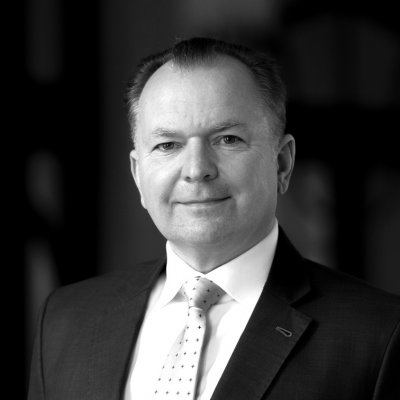 He is a doctor of medical sciences, professor of the Faculty of Medicine of Vilnius University (VU MF), Head of the Department of Surgery of Klaipėda University (KU) Hospital.

In 1984–1990, he studied at Vilnius University Faculty of Medicine and in 1994 he completed a surgical residency. In 1999, he defended his doctoral dissertation on the topic ‘Familial Adenomatous Polyposis and Treatment of its Patients in Lithuania’ at Vilnius University and in 2006, he performed a habilitation procedure on the topic ‘Optimisation of Surgical Treatment of Diseases of the Colon and Anus’. Since 2007, he has been holding the position of associate professor of the Clinic of Internal Diseases, Family Medicine and Oncology of VU Faculty of Medicine; since 2008, the position of a professor.

In 1993–2005, he was a doctor-endoscopist of the endoscopist department of the VU Red Cross Hospital (now - the Center Branch the VU Santara Clinics), surgeon of the surgical department, 2002–2005, head of the Coloproctology Subdivision of the Surgery Department. Since 2005–2017, he has been the Head of the Surgical Oncology Center of the VU Institute of Oncology (now the National Cancer Institute), chief researcher, abdominal surgeon, lecturer at the Clinic of Gastroenterology, Nephrology and Surgery of Vilnius University; in 2013–2015, director of the institute. In 2017–2020, he worked as a consultant surgeon at Sandyford Healthcare Clinic (Dublin, Ireland). Since 2017, he has been the head of the Surgery Department of KU Hospital and since 2019, the Robotic Surgery Program manager. Since 2020, he has been a chief research fellow of the Health Research and Innovation Science Center of the Faculty of Health Sciences at Klaipėda University.

He is a president of the Lithuanian Society of Coloproctologists (since 2002), member (since 2004) and president (since 2020) of the International Society of University Colon and Rectal Surgeons.

He is an Editor-in-Chief of the scientific journal ‘Lithuanian Surgery’ (since 2013). He was a chairman of the Scientific Council of the VU Institute of Oncology (2008–2013), Chief Oncologist of Lithuania (under the Ministry of Health of the Republic of Lithuania) (2013–2015).

Since 1992, a member of Vilnius Rotary Club.