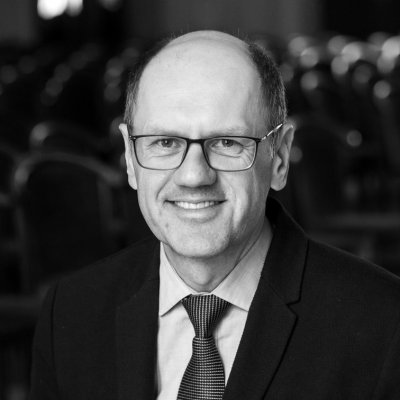 He is a doctor of informatics engineering, chief researcher of the VU Institute of Data Science and Digital Technologies, Faculty of Mathematics and Informatics (VU MI).

He graduated with honours from Kaunas University of Technology, Faculty of Informatics; in 2002, obtained a doctorate in computer engineering, worked as a laboratory assistant, lecturer and an associate professor (1998). He conducted ‘Royal Society’ and NATO post-doctoral research at the University College London (UK, 2003–2004). Works as a researcher, senior researcher and chief researcher at the Institute of Mathematics and Informatics (now - the Institute of Data Science and Digital Technologies, Faculty of VU MI) (since 2004). He completed the habilitation procedure (2007), held the position of professor at VU (2012, 2016–2017) and Vilnius Gediminas Technical University (2007–2013), where he obtained the title of professor (2012).

He has written and the publishing house ‘Springer’ has published monographs in English ‘Multidimensional Data Visualisation: Methods and Applications’ (with G. Dzemyda and O. Kurasova, 2013), ‘Simplex Global Optimisation’ (with R. Paulavičius, 2014), ‘Unmatched Multicriteria Optimisation’ (with P. M. Pardalos and A. Žilinskas, 2017).

He is a vice president of the International Society of Global Optimisation, member of the board of the Lithuanian Operational Research Society, chairman of the working group on Optimisation Methods and their Application.

In 2015, he was awarded the Lithuanian Science Prize for the cycle of works ‘Development, Parallelisation and Application of Global Optimisation Algorithms (2000–2014)’.