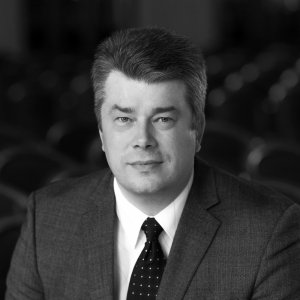 Egidijus Šarauskis graduated with honours from the Lithuanian University of Agriculture (LUA) with a degree in Agricultural Mechanical Engineering (1995) and obtained his master’s degree at Martin Luther University of Halle-Wittenberg in Germany (1997). At LUA, he defended his doctoral dissertation in the field of technological sciences, the field of mechanical engineering (Agricultural Engineering) (2001) and underwent the habilitation procedure in the field of environmental engineering, the field of technological sciences (2009). In 2007, he obtained the title of associate professor at LUA, and in 2015, the title of professor at Aleksandras Stulginskis University (ASU).

He has published more than 260 scientific and popular science articles on tillage technologies and sowing machines (of which, 68 articles are included in the ‘CA Web of Science’ database and have a certain level citation impact). He is an author of a scientific monograph (2016), has written 2 textbooks and 7 educational books, as well as chapters in 3 books (including 2 published by Springer), is the author of 6 inventions, presented over 65 scientific papers at international conferences abroad (and 60 in Lithuania), participated in 39 seminars, and is the manager and/or executor of 40 scientific research projects. He has given lectures at the University of Wismar in Germany, and underwent trainings at universities in Austria, Germany, the Czech Republic and Belgium.

Achievements: state scholarship for young scientists (2003), DAAD Scholarship (2004), LUA prizes and diplomas in scientific and methodological works competitions (2004, 2006, 2011), certificates of acknowledgement from the Minister of Agriculture of the Republic of Lithuania (2008), LUA (2003) and ASU Rector for good scientific and pedagogical activities, as well as an active social activity 2011, 2(017), a certificate of acknowledgement from the Education Exchanges Support Foundation for active participation in the Erasmus programme and contribution to the development of the internationalisation of Lithuanian higher education (2012). He is a laureate of the ‘ASU Scientist of the Year’ nomination (in both 2014 and 2017). Egidijus Šarauskis was awarded the ASU Commemorative Medal for sincere pedagogical and productive scientific work (2018), and is also the winner of the 1st place in the Vytautas Magnus University (VMU) Agriculture Academy (AA) Science Prize Competition together with other co-authors (2020).